I Am Not a Serial Killer (John Cleaver Series #1) 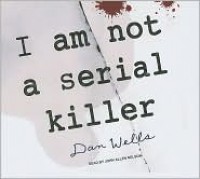 The protagonist of I Am Not a Serial Killer is a 15-year-old sociopath. Fascinated by serial killers, supposedly because he doesn't want to become one himself, he greets the arrival of a serial killer in his town like the most exciting thing ever. Then he decides to try to stop the killer. The battle of wits between John Wayne Cleaver and his adversary can best be summarized by that famous Nietzsche quote:

Be careful when you fight the monsters, lest you become one.

This was a surprisingly good read with a teenage main character you really want to like despite his increasingly creepy behavior, but it becomes harder and harder to overlook it. In fairness, he warns you up front what he is, but by the end of the book, you'll be torn between pity and disgust for him. I thought the story itself was very well executed, as it delivered several twists I didn't see coming, and for the most part, John remained believable as a sociopath who really doesn't want to be one.

This was overall a decent little thriller that scored solidly above average in story, interesting characters, and writing. Be warned, though, that even though it's YA, it gets pretty gruesome, and the main character does some seriously skeevy stuff. The author makes an attempt at an uplifting ending of sorts, but after the events of the previous few chapters, you're just not going to have a lot of warm fuzzies for Johnny.
Tweet